Thanks for hosting me today. I enjoy discovering the secret side of people I admire. What makes my heroes tick? What sets them apart from everyone else?

1. I recently took a trip of a lifetime to India with my mother and sister—a spiritual pilgrimage. 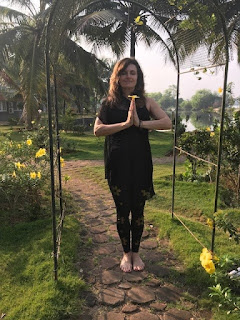 4. Chocolate and pizza are my downfall.

5. I would give everything up to be reborn in Tudor England. 😊

Question for the viewers:
What are you passionate about? 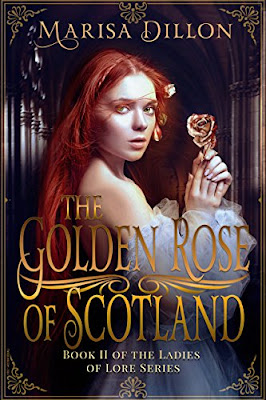 When poisonings are an everyday occurrence, healer Rosalyn Macpherson must be ready with an antidote. Unless it’s for the English Lord who means to claim her clan’s Highland castle.

What’s in a name? Everything, for Lord Lachlan de Leverton, a charismatic English aristocrat. He’ll break the law to sever his ties to his notorious family. But first, he must secure the deed to Fyvie Castle before the feisty Scottish lass wins it.

Because of their conflicting claims, Rosalyn and Lachlan are ordered to appear in Edinburgh’s royal court, and in an unusual twist of fate, they are assigned as guardians, rather than prisoners, to a caravan carrying the Golden Rose, a papal gift for the King of Scots.

When the royal decree becomes a forced union between the two, it’s not the remedy Rosalyn had hoped for, but by now she doesn’t hate this Englishman quite as much.

Before the knot is tied, the Rose is stolen and Lachlan’s suspected of the crime. Rosalyn then faces the hardest decision yet. Must she sacrifice her precious Philosophers Stone or the land she loves, or both, to save him?

About the Author:
Website-FB-Twitter
Goodreads
Newsletter
With a bachelor’s degree in journalism, Marisa has spent many years writing for the television industry. As an award-winning producer/director/marketer, she has worked on commercial production, show creation, product branding and social media.