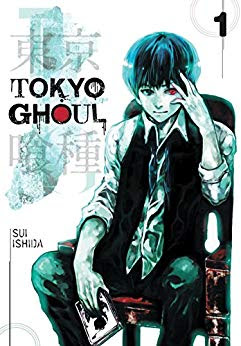 Tokyo Ghoul, Vol. 1
by Sui Ishida
March 17, 2015
224 pages
Demographic: Seinen
Original run September 8, 2011 – September 18, 2014
Volumes: 14
Genres: Manga, Horror fiction
Shy Ken Kaneki is thrilled to go on a date with the beautiful Rize. But it turns out that she’s only interested in his body—eating it, that is. When a morally questionable rescue transforms him into the first half-human half-Ghoul hybrid, Ken is drawn into the dark and violent world of Ghouls, which exists alongside our own.

I’m way late to the party on this, but I have to give it a shout out because it’s one of those series that I’m reading right now, and it’s just so good. I fought reading it for a while because I’d given my time to a few long series, but man, Tokyo Ghoul is definitely one I’m glad I started reading. 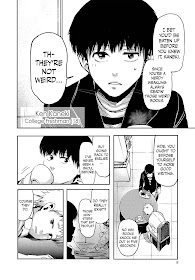 In a world where ghouls masquerade as humans to eat them, Ken Kaneki goes out with Rize, and finds out too late that she’s only interested in him as actual dinner. When a car accident leaves her organs in his body, he becomes half human, half ghoul – something the world hasn’t seen so far. The story takes the reader on Kaneki’s journey as he fights his urges, struggles to learn the inner workings of ghoul life, and tries not to get caught by the agency stalking the ghouls. 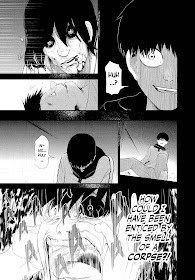 The good: It’s a really well-developed world and story. It’s easy to empathize with Kaneki, from his shyness to his wanting to do the moral thing, to just sympathizing with how hard the situation is for him. I also really like the stance this takes that he isn’t alone because he’s not one thing or the other – he’s got power because he is both. While there are the standard feelings of isolation subplot, it really works to show that there are people around him, ghoul and human (even if the humans don’t know what’s going on). Those that help him at the café he ends up working at (which is a front for the ghoul community in their area) are really nicely developed characters and so far don’t seem to be there just to fill the roles of “girl” and “mentor,” etc. The agents in the group that’s hunting them also have diverse personalities and obsessions, as well. Everything is more or less a shade of grey, which I love. The ghoul physiology is interesting, and the way it’s integrated into the “real” world works for me. I have to admit, I’m impressed.

The bad: Nothing that leaps out at me, but I’m only three volumes in. The set-up happens fast so you pretty much know going in what’s going to kick start things, but that’s not really a negative for me. I expect a story like this to meander as it introduces new characters and challenges, but so far it’s not wandered too far from the core story, but used everything to enhance it. So really, I can’t think of anything overtly bad that I’ve seen. 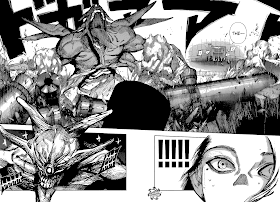 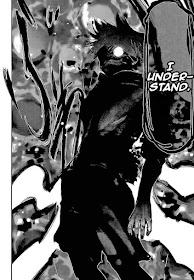 The Ick: I’ve not seen anything hugely graphic so far, but if cannibalism gets to you, there are a few panels. It’s not anything beyond typical zombie fare, and there are some gory fights and deaths along the way. Presuming you’re picking this up because you’re into horror, though, it’s likely not going to be a deal-breaker. 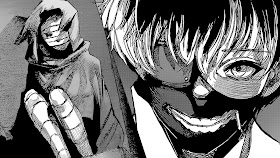 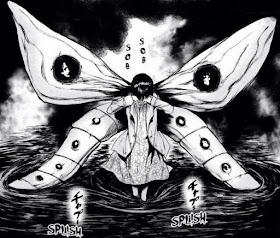