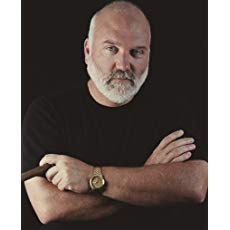 Rick Pullen’s new thriller, Naked Truth, was published in September. It is a sequel to his first novel, Naked Ambition (2016). It is about an investigative reporter who probes the halls of political power and corruption. Pullen knows of what he speaks. Before he became a novelist, he was an award-winning investigative reporter and magazine editor. We asked him to discuss the threats facing journalism today.

There are a number of threats to good journalism, the only defense Americans have against a corrupt government.

First, is the President, who doesn’t understand or appreciate journalism’s essential role in American democracy. So when President Trump doesn’t like something, he attacks it. This can be a real threat to individuals, as we have seen at some of his rallies. He whips a crowd into a frenzy and violence follows. It may be good politics, but it’s not good for America and certainly not good for journalism or individual journalists.

But the beginning of the current decline in journalism was Craig’s List. It gave away classified advertising. Who would pay a newspaper for an ad if they could get it for free? Newspapers were fat and happy and made more money off of their classified pages than any other. No more.

The Internet then took a huge chunk of advertising away from newspapers. It also has taken a very large share of the broadcast networks’ audience share—something they rely on to set advertising rates. While broadcasting and cable news have not felt the financial pinch that newspapers have, they are still struggling with changes in platforms and audience cultures and demographics. Younger generations get their news online. Baby Boomers watch the old folk’s broadcast news in the evening—the advertising domain of walk-in tubs and adult diapers.

Jobs in journalism have plummeted in recent years and even our two best American newspapers, The New York Times and The Washington Post, have struggled.

So it appears Donald Trump is bad for journalism. But actually, the opposite is true. Since he took office, circulation at both The Times and The Post has skyrocketed. Early in the Trump administration, they were adding new subscribers at a clip of more than 10,000 a week. While most of these are online subscribers, they are still paying and suddenly making these two newspapers profitable again. That has afforded them to up their game in the newsroom. Investigative reporting is back at a ferocious pace. Look at The Times piece this week on Trump’s real estate empire, which it says was filled with tax dodges and possible fraud.

While Trump likes to threaten reporters, it appears he is more talk than bite. When he threatened to sue The New York Times, the newspaper’s attorney invited the president to meet him in court. Trump, who is a smart man, knew better than to take on a case he could not win (although he has threatened to change federal libel laws to make it easier).

So what happened? America, it seems, was lulled into complacency due to information overload. We did not discern the real news written by legitimate journalism organizations, from the fake news put out on the Internet by hucksters and propagandists (and Russia). Confused, many people are now realizing where they must go to get the truth. Fortunately, they are willing to pay for it. Of course this resurgence isn’t universal. Many smaller publications still struggle.

But for the most part, while Donald Trump has a well-documented history of lies and falsehoods, he got one thing right: he is the best thing to happen to journalism in a long time. 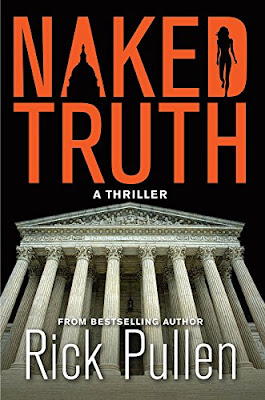 REPORTER BECK RIKKI again confronts the deceptions and lies of the rich and powerful in America when he is invited to meet with the chief justice of the United States, only to have the jurist show up dead. As he did in his previous outing in Naked Ambition—the ﬁrst in Rick Pullen’s compelling thriller series—Beck is relentless in pursuing the truth. Yet, as he peels back the layers, he is unaware of the sleight of hand diverting his path. After all, in the real world of power, how much of the iceberg of truth can really be uncovered?

About the Author:
website-twitter-blog
Rick Pullen is an award-winning investigative reporter and magazine editor who lives in Fredericksburg, Va. He is a member of the FOLIO 100--the 100 most influential people in magazine publishing. He was a finalist for EDITOR OF THE YEAR in 2015 and has spent most of his career in Washington, D.C.

Rick is an ardent Parrothead. He likes nothing more than a cold beer, sunshine, sand between his toes and a great Padron cigar.

When he was a kid, Rick wanted to be Perry Mason. He carried the dream to the University of Richmond where he quickly learned clients of defense lawyers weren't always innocent and lawyers didn't always win their cases. At about that time, on a whim, he took a journalism course and fell in love. He transferred in the middle of his sophomore year to The University of Tennessee, which had a more comprehensive journalism program. (His mother was apoplectic at the time, worried her son would become a college dropout.)
But there in Big Orange Country, he discovered investigative reporting. It was the era of Watergate and he was hooked. Who needed the law, he figured, when an investigative reporter could be judge, jury and prosecutor? He found his calling and his mother could breath easier knowing her son would hit the streets with a press pass instead of a tin cup.

He built a career as a hard-charging investigative reporter. Later, his creative side called and he became a magazine editor. He loves layout and design and molding a good story. He has started two award-winning magazines and edited a third.

He starting writing fiction in 2011. NAKED AMBITION, published in 2016, was the first in his "Naked City Series" of thrillers and immediately became a bestseller. NAKED TRUTH, a sequel about the murder of a supreme court justice, is scheduled for release Sept. 24, 2018.

Volume one of THE APPRENTICE, a fast-paced serial about a rookie reporter thrust into the Washington political nightmare, was released in December 2017.
Rick is a member of the International Thriller Writers, Mystery Writers of America, The Author's Guild and the National Press Club where he can be found on occasion downing an Amstel Light.