Exclusive Vlog: The Story Behind the Story: Knife's Tell by Daniel Dark

Explore the shadows of Victorian Era London and encounter a new Jack the Ripper tale like you’ve never read before. 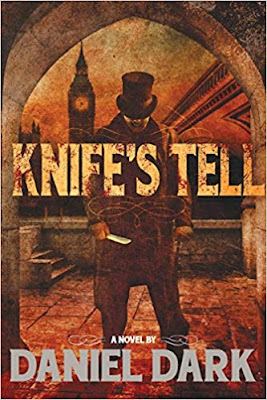 Knife's Tell
by Daniel Dark
October 6, 2017
173 pages
Publisher: Seventh Star Press
In 1888 one of the most notorious serial killers in history plagued London’s East Side.

Knife’s Tell is not about those murders, but the life behind them. What would cause a normal person to slay in such a horrific way?

Daniel Dark has explored an alternative tale of a doctor lost in reality trying to correct his past. With the help of his personal servant, he searches the Chapel for answers about his connection to the man with the knife.

Where did he come from? And how is the doctor part of his plans for escaping the police at every turn? 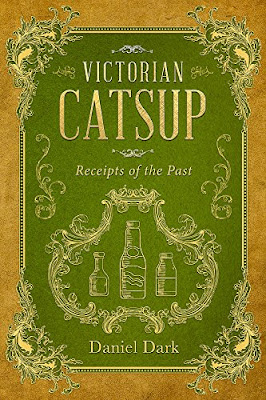 Victorian Catsup: Receipts of the Past
by Daniel Dark
May 27, 2018
118 pages
Publisher: Seventh Star Press
The book you now hold in your hands is nothing new, only forgotten by most.

It is, however, how Chef Daniel, the Victorian Chef, recovered many missing segments of his knowledge after having a stroke in 2012. At that time, he had a forty-seat restaurant where he was recreating dishes from the Victorian Era. He was also developing his signature catsups to serve with each receipt that he placed on the menu.

After the stroke, he was forced to give up on his dream for the time being and start the long journey of rehabilitation of both body and mind. When Chef Daniel was able to stand in front of a stove again, he went back to what he knew best, making small batch catsup that he took to local fairs and sold so that he could make more.

This book is a big part of what kept Chef Daniel going each day. Now he wants to share that with others by contributing ninety percent of his proceeds to the Blood Banks that kept him alive by furnishing over twenty units to him when he was in need. 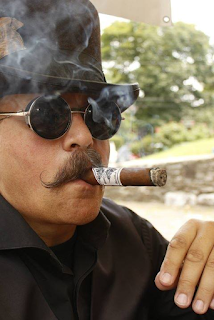 Daniel Dark, a native of Nashville, Tennessee, grew up with homicide every day. Having a homicide detective as a father, he was able to learn about those that were brought to justice, and the ones that were not.

Spending many hours in Central police headquarters and in his grandfathers hematology lab gave Daniel an unusual childhood and a love for science. Along with this, his great uncle owned the oldest book store in Nashville. His parents took him there regularly, where developed a love of reading and found out about history.

Daniel went on to become an Electrical Engineer and Industrial Maintenance Manager till NAFTA took away his job. A year later he went to culinary school and studied Victorian cooking, after which he opened a Victorian-style restaurant.

He became a heart attack and stroke survivor at fifty years old, where he used writing to rehabilitate his brain. The first book written by Daniel was on Victorian Catsup, which had over two hundred catsup recipes in it from the late 1700’s to 1910, with over sixty different flavors. Daniel used the book to start his 1876 Catsup company as Mr Catsup.


Knife’s Tell represents his debut novel as an author. 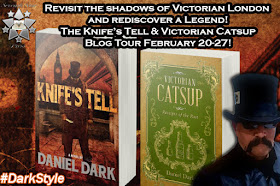