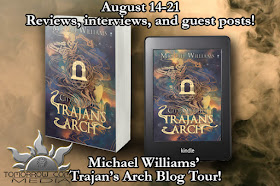 For this post, I was asked whether I had “nerd tendencies toward something,” and for a while, I was pressed to answer. One of the peculiarities of my nerdiness is that I don’t recognize it when I’m in the midst of it. Collecting pens, a fascination with German silent movies, baseball history of the 1960s and 1970s—all of these might be considered nerdy interests by some people.

But my true, identifiable nerdiness comes from my history.


Not only did I play Dungeons & Dragons back in the day, but I helped make the game. 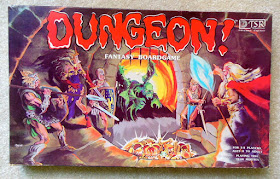 Not one of the old bearded guys who were there at the beginning, but part of the second or third wave of hiring, when TSR, flush with the initial success of the game, started its expansion in personnel and products that would end up in its huge overreach of the mid-1980s, and the eventual swallowing-up of the company by Wizards of the Coast. I was long gone at the height of the company’s woes, but I had seen it coming when I got out.

Rumors had circulated that the company was in trouble, but I never had the financial sense to understand its difficulties. You could sense a change, though, in the relocations around you: the initial office where I reported, a lovely old building in the center of Lake Geneva, in near-gothic disrepair (steeply inclined floors, mottled windows, rickety above a hobby shop), was finally left abandoned for offices more corporate—gymnasium-sized rooms divided into cubicles, the appearance of efficiency achieved at the cost of a kind of quirky humanity that had been an expression of the company’s early nerdiness. You knew by looking that the change was coming, that it was embracing the business side of the enterprise rather than its art: why, even the artists were sometimes asked to work in impersonal rooms with not natural source of light.

It was becoming business, and it was losing something in search of greater profits.

Oh, I came away with some essential things, most obviously a number of connections that put me in on the ground floor of the Dragonlance series. My time at TSR launched my writing career, such as it is.

But I also came away with a number of dear friends, two of which—Margaret Weis and the late Gali Sanchez—are and were among the best friends a boy could have.

There were also things I learned there that would avail me later as a writer: I was a games editor, so I focused largely on clarity of prose; unlike others whose career started on the same turf as mine, I found role-playing games wildly different from the experience of fiction, but the act of play-testing, where gamers would search for holes in plotting and world-building, had applications for the novelist. At the core of the roleplay, and perhaps most important to the craft, was how the game insisted on authentic multiplicity in point of view, that all characters had back story and agenda and motive, even when the surface of the story might skim the worlds of most of them.

I’m grateful for nerdy origins. I haven’t played in a role-playing game in almost thirty years, because oddly enough, it is the part of my experience at TSR that no longer interests me. The things that I learned in my stay were less central to the place as a business, more important to its humanity: the genuine experiences of art and friendship, corporately marginal when I was there, but central and beloved as I remember them, now from a very different and mundane place.

Get ready for an immersive and enthralling experience in magical realism and mythic fiction as we celebrate the release of Trajan's Arch, by Michael Williams!

Part of Michael's visionary City Quartet, this stand-alone novel flows with literary grace telling the story of Gabriel Rackett and his possession of a manuscript that will take him on a journey both profound and deeply personal as he confronts old ghosts and his own coming of age. 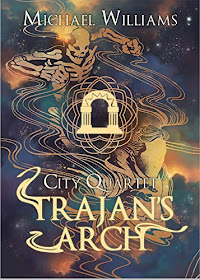 Trajan's Arch
by Michael Williams
June 12, 2019
386 pages
Publisher: Seventh Star Press; 2 edition
Genre: magical realism
Gabriel Rackett stands at the threshold of middle age. He lives north of Chicago and teaches at a small community college. He has written one novel and has no prospects of writing another, his powers stagnated by drink and loss. Into his possession comes a manuscript, written by a childhood friend and neighbor, which ignites his memory and takes him back to his mysterious mentor and the ghosts that haunted his own coming of age. Now, at the ebb of his resources, Gabriel returns to his old haunts through a series of fantastic stories spilling dangerously off the page--tales that will preoccupy and pursue him back to their dark and secret sources. 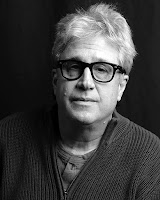 About the author:
Facebook
Over the past 25 years, Michael Williams has written a number of strange novels, from the early Weasel’s Luck and Galen Beknighted in the best-selling DRAGONLANCE series to the more recent lyrical and experimental Arcady, singled out for praise by Locus and Asimov’s magazines. In Trajan’s Arch, his eleventh novel, stories fold into stories and a boy grows up with ghostly mentors, and the recently published Vine mingles Greek tragedy and urban legend, as a local dramatic production in a small city goes humorously, then horrifically, awry.

Trajan’s Arch and Vine are two of the books in Williams’s highly anticipated City Quartet, to be joined in 2018 by Dominic’s Ghosts and Tattered Men.

Williams was born in Louisville, Kentucky, and spent much of his childhood in the south central part of the state, the red-dirt gothic home of Appalachian foothills and stories of Confederate guerrillas. Through good luck and a roundabout journey he made his way through through New England, New York, Wisconsin, Britain and Ireland, and has ended up less than thirty miles from where he began. He has a Ph.D. in Humanities, and teaches at the University of Louisville, where he focuses on the he Modern Fantastic in fiction and film. He is married, and has two grown sons.