Book Review: It Calls From the Sea: An Anthology of Terror On the Deep Blue Sea + giveaway 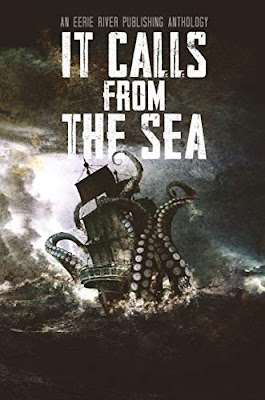 It Calls From the Sea: An Anthology of Terror On the Deep Blue Sea
May 21st. 2021
Genre: Anthology/ Short Stories/ Horror/ Paranormal
Prepare to die. The sea awakens.

Within the Mariana Trench, a research vessel’s crew is threatened by a mysterious force. A father and daughter’s holiday by the ocean turns deadly as a sinister creature stalks them. A group of friends learn that some things should remain in the ocean. Filled with a sense of wonder, a young biologist discovers a new species of kelp, but with disastrous consequences.

It Calls From the Sea is an all-original anthology of twenty brutal tales of horror from the deep blue sea.

Eerie River brings you another round of insatiable horror. There is no end to the terrors we have in store and there is nowhere left to hide. Get comfy, this is going to be a wild ride.
Featuring Stories By:
Chris Bannor“Euphoria”, Chris Hewitt “Reef Encounter” Christopher Bond “The Ocean Sings Softly”, Dan Le Fever “Xook” David Green “Into The Depths”, Georgia Cook “Dead Ships”, Holley Cornetto “Heaven’s Lake”, Julie Sevens “Shoney’s Revenge”, Lin Darrow “Cry of the Hunger Fish”, M.B.Vujacic “Jelly”, Mason Gallaway, “The Sea Reaches Up”
McKenzie Richardson “The Hunter and the Prey”, R. L. Meza “Long Pork”, S.O. Green “The Shadow Over Innsmouth High”, Steve Neal “Hostile Territory”, T. M. Brown “Buoy 21415”, Tim Mendees “Fronds”, Trey Dowell “Abyssal Horror”, Watt Morgan “Please Leave”
Add to Goodreads
Amazon
Rarely do I get to read an anthology in which almost every story is a winner. The short stories feature various sea monsters, including giant crocs, kelpies, zombie-spirits, evil deities, devious trenches, and the worst of them all, people! Yes, people are bad news because they can be cannibals, spore/polyp incubators, and murderers!

I had such a great time reading that I can't even decide which one was my absolute favorite. They are all creepy, and the authors have chosen great settings with seeming effortlessness. For instance, the first story features a couple going for a boat ride. And, of course, you cannot have an anthology with a maritime theme completely lacking Lovecraftian elements. As the name hints, The Shadow Over Innsmouth High is not only set in Innsmouth, it's also suitably weird and terrifying.

If there wasn't a hair-raising setting, a deceptively banal situation doubled my enjoyment when the story took an unexpected turn. Some examples of such stories would be Euphoria and Long Pork.

Even so, I really liked The Ocean Sings Softly for its almost happy ending, while Please Leave scared me shitless, which only means I looooved that one. Some stories, like Dead Ships, ended in ways open to interpretation. Others had conclusions that had a finality to them, like Shoney's Revenge and The Hunter and the Prey. Jelly made me want to stop drinking water...forever. Cry of the Hunger Fish was simply spine-chilling.

All in all, a very enjoyable read that I'd give 3.5 sheep to.

Reviewer: Midu Reads
Dead Ships by Georgia Cook
It washed up at dawn, drawn in on the morning tide from around the curve of the bay; a fishing boat, small enough for a cabin and a crew of three, but of no make or name we recognized. It curved gently towards the beach, its path haphazard and aimless, engines silent and windows dark. By the time it hit the shingle and plowed to a juddering halt a small crowd of us had gathered on the dockside to watch.

There’s something about an empty boat--something dragged in off the tide like that, all slow and sedate--you get to feeling it after a certain time at sea, like a second sense. That’s why none of the old fishermen made a move when it finally came to rest; they already knew what we’d find.
Perhaps it started with the snow.

Great, driving fistfuls were we got that month; merciless, relentless, day after day. A frigid wind howled it down off the clifftops, swamping the roads and transforming the surrounding hills into impenetrable, white monoliths. Nobody arrived in town, nobody left; that’s how things go around here come winter.

There’s a saying in these parts that it takes a special kind of madness to move here from out of town, and another kind to stay. The seas and the cold breed a particular type of person--it settles in the bones, then squeezes the lungs; sharp and cloying in every breath. This far north the cold is bitter. Or perhaps it started before that, and none of us noticed.

Some of us tried to sail that week, but only made it as far as the curve of the bay before we were forced to turn back. Battered by the gale and the driving snow, there was no thought of casting our nets. Cutting through the snow was like cutting through ice; nothing in either direction but tumbling flakes and shifting, black sea.
We watched the snow fall, watched it settle on the water and sink, and out of it all we watched the boat arrive.
Philip Abernathy was the first to climb abroad, shimmying up the side like a boy climbing a drainpipe. Twenty-three that May--newly promoted, the youngest Constable in a town of sturdy fishermen and grey-faced old men--possibly he felt it his duty to take charge, or at very least be the first to check. He was, after all, vastly on his own up here until the snows cleared and the mountain roads became accessible again.

He’d been our Constable for all of two months, and up until then had contended with nothing worse than the odd Drunk and Disorderly on a Saturday night. It was too cold, too dark, to expect any trouble worth hurrying for.
He disappeared inside the captain’s cabin, calling nervously, then stumbled out a moment later and was violently sick over the side.

The old fishermen knew, and now we knew too: no ship so silent has ever been manned by the living.
Once he’d been helped down, pale and trembling, Abernathy directed a few of us up to find the body. It was slumped across the wheel, he said, tilting back and forth with the rock of the ship, its boots dragging in a slow, steady rut across the floorboards. It might have been a man once, but that was an estimated guess. It no longer had a face, just a slumped, desiccated skeleton.

Its hands, Philip whispered, its hands were clasped so tightly to the wheel. So tightly he couldn’t pry them open.
We found the rest of the crew below deck.
There’s a reason so many fishing communities boast smokeries and salt houses; salted things keep. Salted things keep for a long time, and add to that the conditions of an arctic winter... 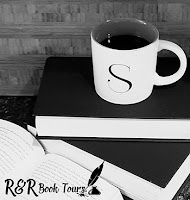