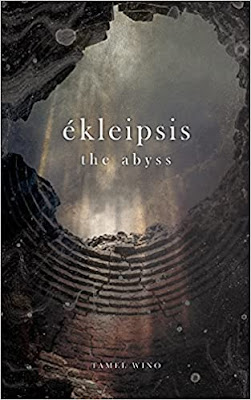 Tales of depravation and insanity are woven together with unrelenting style and depth, scrutinizing human nature’s degeneration when compromised by tragic, vicious circumstances.

These complex, wretched individuals and the irremediable conditions they are desperate to claw out of—or into—invoke the unfathomable question: What devastation are we truly capable of when left with no way out but down . . . into the obscurity of the abyss?

" It is at times appalling, strange and outright frightening, but Wino's way with character development is outstanding. The display of artistic creativity and character creation really sets "Èkleipsis: The Abyss" apart in the field of short story collections."
― Reader Views

"The stories are well-packaged and generally have the feel of watching a syndicated crime drama. Fans of this form of entertainment will likely enjoy these well-crafted stories about everyday people whose lives are shattered by lunatics."
― The US Review of Books

"Wino’s writing is vivid, unsettling and filled with brilliant hints that contribute to the exhilaration of its pacing. Ékleipsis: The Abyss is a clever and creative horror offering worth checking out."
―Independent Book Review

" Tamel really captured that essence of society and the dark side of people. Readers will appreciate the dark undertones of this horror anthology. Ekleipsis: the Abyss will surprise you more that you can imagine."
―Literary Titan 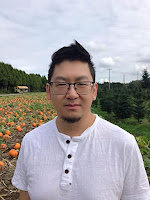 About the Author
Website -FB- Instagram
Tamel Wino is a Canadian fiction writer from the resplendent British Columbia whose works focus largely on degeneration of sanity and morality. He studied Health Sciences and Psychology, which only furthered his interest in human nature.

With inspirations including Alice Munro, Joe Hill, Stephen King, Margaret Atwood and Edgar Allan Poe; Tamel’s expositions are strongly grounded in traditions of dark fiction. Yet, with his bold narrative voice and incisive plot construction, Wino is paving a new movement within the space.

When he’s not reading or scribbling away on his laptop, Tamel loves listening to jazz, rewatching good ol’ classic shows and traveling.