Book Review: Run With the Wolves (The Pack #1) by T.c. Tombs 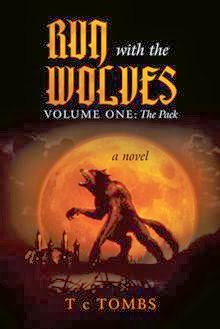 On a farm nestled beneath the Euralene Mountains along the western border of Medinia, young Willie works for the Smythes as a serf. One moonlit evening when the Smythes are gone to a neighbouring village, Willie hears the terrified cries of animals in the pastures. When he goes to investigate, he discovers that this wolf pack attack is like no other. Badly injured during the raid, he survives—but now he is afflicted by the full-moon madness that will soon transform him into one of the wolf creatures he dreads. With his life seemingly warped forever, Willie must face the prospect of a lifelong descent into horror.

In a time of witchcraft, superstitious folk lore, and fearsome creatures roaming the night, Willie struggles with an uncertain destiny and must seek help from the one man he holds most responsible for the dark fate that awaits him during the next full moon cycle.

“Beware of the full moon. This one is for all of the werewolf lovers!”
—Top Book Reviewers


Thus begins the first novel in a historical horror trilogy about werewolves and vampires. The book began with too much info dump of every person Willie and other main characters ran into. But after all that, it started to become interesting and good. This could be the story of Dracula and even the Wolfman in Classic Monsters, or at least wolfmen. There are three countries by each other. One is Medinia, where Willie comes from. I liked the ruler and his Princess daughters of this country. I can not wait to see how they play into the sequel. Medinia has been battling with for centuries with Skoland and now is trying to achieve a truce by marriage of the eldest Priness to the eldest son of the ruler of Skoland. Then there is the third land of Varakov (shades of Dracula with this country’s name!). Varakov is led by Lord Victor, who sent the wolfmen and warg-wolves into Medinia to destroy sheep and cattle of the farmers in the upper north of Medinia. Unfortunately, Willie gets bitten by one of the warg-wolves, and the head of the wolfmen decides to take him back with them to Varkov.

Will Willie accepts his coming fate as a Wolfman at the next full moon, I won’t tell—you need to read that for yourself. But if you like novels set in medieval times, plus werewolves and vampires and witches and more, I suggest checking out this book. It hooked me enough that I plan to read the other two books in the series.

Just be sure when you read it at night, if the full moon has risen, you lock your doors and keep the silver at hand. Especially when a wolf howls...

I give Run With the Wolves 4 sheep. 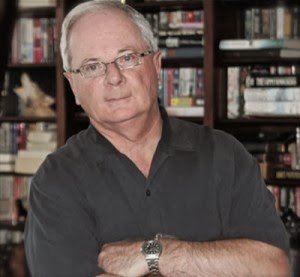 About the Author:
website-FB-twitter
T c TOMBS earned degrees from Trent University and Wilfrid Laurier University in Canada. Like many Canadians, he loves hockey and golf, and he has a passion for medieval history, folk lore, literature, film, and music. Terry and his wife, Sandra, live in the Greater Toronto Area in Ontario, Canada, where they have raised five daughters.