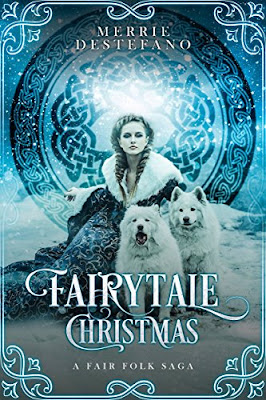 by Merrie Destefano
December 4, 2017
Genre: YA, fantasy, folktale,
Three thousand years ago, a war began between the immortals and the mortals. It's a war that continues to this day...

Before history began, a legendary queen battled a foreign army, braved the death of her husband, and faced betrayal at the hand of someone she trusted. This is the story of Eire, Queen of the Faeries, the Immortal One, and the leader of the Tuatha de Danann.

To this day, her homeland, Ireland, bears her name, and this is the story of the war that drove the Immortal Ones into exile. It's also the tale of how she found help from an unexpected place, leading her to a love like she had never known before.

Fairytale Christmas is a story that spans thousands of years. It's also the beginning of all of our fairytales and legends; it's where mortals and immortals survive because they love one another, proving that love is the greatest gift of all.

This is the first installment in the Saga of the Fair Folk, a journey that lasts until the end of time.
amazon

What a magical and beautiful cover and fitting for a story about Erie, Queen of the Faeries. The reader experiences Erie’s betrayal and eventual fight for her life and that of her two sons from her point of view. The story moves quickly and has lots of action and suspense. The writing has a fairy tale quality to it much like Merrie’s novel Feast, which you should also read. Merrie has a flair for writing magical tales.

I don’t know how much of this story is from the folklore and how much was Merrie’s imagination, but this is a beautifully written story about family and fighting against a terrible adversary. If you are looking for just a romance story, you might be disappointed. But if you like fairy tales about good vs evil then check it out. 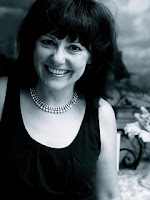 About the Author:
website-FB-twitter
blog-tumblr-instagram
goodreads-newsletter
Born in the Midwest, magazine editor Merrie Destefano currently lives in Southern California with her husband, two German shepherds, a Siamese cat, and the occasional wandering possum. Her favorite hobbies are reading speculative fiction and watching old Star Trek episodes, and her incurable addiction is writing. She loves to camp in the mountains, walk on the beach, watch old movies, and listen to alternative music—although rarely all at the same time. 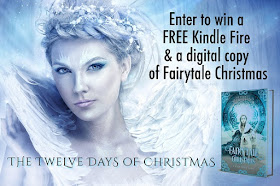